Upon arrival at Komodo airport of Labuanbajo town, our tour guide meet you then transfer to harbor. Take private boat depart to Loh Buaya. Lunch get on the way. Arrive at Loh Buaya then process to check in. To begin with first briefing then start to do trek along five kilometer go and back different way. If you are lucky then see Komodo dragons, wildlife and some kind of birds.

Go back to the boat then depart to Kalong island. On 06.00 PM of local time, you see thousand of Flying foxes coming out from Mangrove trees fly to Flores island. Depart to harbor then transfer to hotel. Dinner get at local restaurant or on the hotel.

After get breakfast make sightseeing around Labuanbajo town. To begin with local market to see locals are selling or buying their products. Next is to visit Batu Cermin cave to stalactites, stalagmites and some dried corals fossils. Drive to airport for your flight to Bali or next destination.

Tour Rinca island 2D/1N – stay one night on the boat

On arrival at Komodo airport of Labuan Bajo, our tour guide meet you then transfer to harbor. Depart to Rinca island. Arrive at Loh Buaya, make check in process. Start to do a trekking along five kilometers to see Komodo dragons, wildlife and some kind of birds.

After trekking then go back to the boat depart to Kalong island. If the time permitted then make short snorkeling on nearby island. On the afternoon time look thousand of Flying foxes are coming out from Mangrove trees. Sleep and dinner get on the boat.

Depart to Bidadari island to do snorkeling or beach relaxing until the time go back to harbor of Labuan Bajo town. Transfer you to airport for your flight to Bali island or next destinations.

If you are interesting with our offer above, let we know now. Perhaps you have different plan from what we have above, then tell us now. Don’t hesitate to contact Ema tour. We are here to help you. Hope you will be happy with our services on Komodo National Park.

Find us for Komodo tour Indonesia 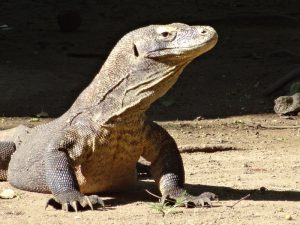